Depression Screening Now Recommended for All Adults, Including Pregnant Women 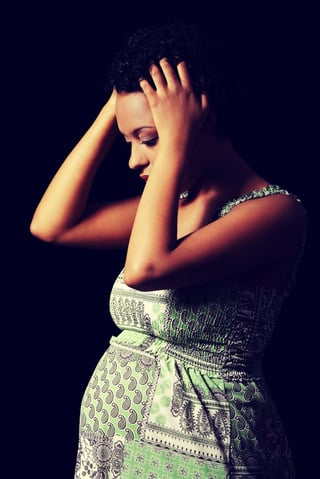 In an effort to get treatment to the millions of Americans suffering from undiagnosed depression, the U.S. Preventive Service Task Force (USPSTF) recently recommended that all adults be screened for the disease. Published in the January 26, 2016 issue of the Journal of the American Medical Association, the USPSTF recommendation places special emphasis on screening pregnant and postpartum women who are less likely to be diagnosed and treated. The USPSTF’s recommendation is a major step towards adoption of the practice nationwide.

Depression is one of the leading causes of disability. Up to 7% of people experience major depression each year and up to 19% of postpartum women have frequent postpartum depressive symptoms. However, only about half of those suffering from depression receive treatment and even fewer pregnant and postpartum women get care.

It can sometimes be difficult for people with depression to realize that they are experiencing this disease, let alone contact their health care providers for assistance. Common symptoms of depression include hopelessness, anxiety, guilt, fatigue and slowed thinking, all of which cloud their reasoning. Depression also leads people to blame themselves for their negative thoughts and feelings instead of considering that there may be a medical reason for them.

Even if people do realize that they have depression, they may feel too fatigued, hopeless, and withdrawn to seek help or too ashamed to admit that they have negative and irrational feelings. They may also feel they should be able to overcome their symptoms on their own.

Women who experience depression during pregnancy or postpartum depression (PPD) may be even more hesitant to report their symptoms because:
• First-time mothers may not realize their symptoms aren’t a normal part of childbearing.
• They may feel disconnected from their child, or afraid they won’t be able to take care of them, and ashamed that they’re not living up to society’s expectation of what it means to be a “good mother.”
• They may fear they’ll be institutionalized or have their child removed from their custody.
• They may believe that medication is the only remedy available and worry it could harm their child.

When pregnant and postpartum women do decide to seek help for depression, they may also encounter resistance and obstacles from the medical profession itself. Some physicians may simply provide them with reassurance or downplay their symptoms, instead of considering depression or PPD as a diagnosis. In the age of managed medical care, doctors may feel pressured to see as many patients as possible and, in an effort to save time, gloss over behavioral health issues.

When the USPSTF found that a huge number of people with depression were not getting the care they needed, they reviewed evidence-based studies for solutions and determined that a basic depression screening for adults, especially pregnant and postpartum women, could catch cases that would otherwise go undetected.

“Every once in a while, a simple idea comes along that has the potential to bring enormous health benefits. Screening for depression is one of them,” says Harvard’s Dr. Michael Craig Miller of the USPSTF recommendation. “It is a low-cost, high-impact intervention that should be a regular part of primary care medicine.”

Although the USPSTF isn’t the first health care organization to advocate for depression screenings, their recommendation carries special weight. Funded by the U.S. Department of Health and Human Services, the USPSTF makes periodic public recommendations on important preventive service measures and prepares a yearly report to Congress. Their recommendation is a significant step towards adoption of the practice nationwide which raises awareness about the seriousness of depression and further reduces stigma associated with the disease.