Has a Traumatic Experience Caused You to Have Post-traumatic Stress Disorder? 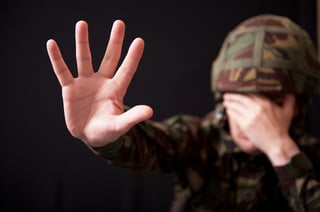 Witnessing or being part of a traumatic event is difficult for any person to handle. For 7.7 million American adults in a given year, it can be more serious. Post-traumatic Stress Disorder (PTSD) is a condition that can develop after a person has experienced or witnessed a traumatic or stressful event in which serious harm occurred or was threatened, causing intense fear, helplessness or horror. It can affect people of any age, as well families of victims, emergency personnel and rescue workers.

PTSD was originally associated with war veterans and referred to as “shell shock” or “battle fatigue syndrome.” Today, PTSD can occur in anyone that experiences a traumatic situation that threatens death or violence. People that are at a greater risk for developing PTSD were abused as children, were repeatedly exposed to life-threatening situations, or were victims of trauma related to physical and sexual assault.

Everyone handles situations differently. Anyone who lives through a traumatic event can experience common reactions that will go away overtime, including fear, shock, anger, nervousness, sadness, and possibly guilt. For people with PTSD, these feelings don’t go away, and even intensify, affecting their quality of life. Additionally, the type of support a victim receives from family, friends and professionals can have an impact on the development of PTSD as well as the severity of the symptoms.

For most people symptoms of PTSD usually begin within three months of the event, but can also begin years later. PTSD symptoms are usually grouped into four main categories:

•Reliving: Repeatedly reliving the ordeal through thoughts and memories of the trauma, including flashbacks, hallucinations, and nightmares. There may also be feelings of great distress when certain things are a reminder of the trauma, such as the anniversary date of the event.

•Avoiding: Avoiding people, places, thoughts, or situations that are a reminder of the trauma. This can lead to feelings of detachment and isolation from family and friends, as well as a loss of interest in activities that the person once enjoyed.

•Negative Cognitions and Mood: Thoughts and feelings related to blame, estrangement, and memories of the traumatic event.

Diagnosing PTSD is critical to getting the right treatment. Doctors won’t diagnose PTSD until at least one month has passed since the traumatic event. Psychologists, psychiatrists and mental health professionals are specially trained to diagnose and treat mental illnesses. They will use specially designed assessment tools to evaluate a patient for PTSD or any anxiety disorder. The doctors will base their diagnosis and treatment recommendation on the reported symptoms and degree of disjunction indicated.

Living with PTSD can be scary and frustrating. The good news is that with the right support and treatment from a professional the patient will see reduced emotional and physical symptoms, improved daily functioning, and being able to better cope with the event that triggered the disorder.

Please watch for the next blog on treating PTSD.