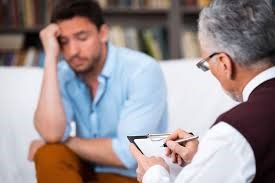 Our brains have plasticity—the ability to change physically, functionally, and chemically throughout life. It's how we can compose music and affect muscle memory in sports. It's how we can learn new languages, problem solve and train our brains to think in specific ways. But this plasticity, which allows us to be creative and innovative, also makes us very open to being molded by our environment. As a result, just thinking about the symptoms of depression can feel depressing in itself. 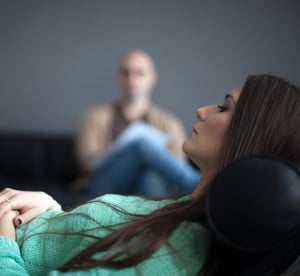 Certain groups seem to be more prone to depressive episodes. For instance, the prevalence of major depressive disorder was 70 percent higher in women than in men. A 2013 study reported that 14 percent of women suffered from postpartum depression after childbirth. Additionally, college students are prone to feeling depressed as they focus on their rigorous studies while trying to take care of themselves away from home. About one-third of college students report feeling depressed to the point of being unable to study. Also, about 10 percent of people over the age of 65 report depressive feelings, whether from personal circumstances or a clinical condition.

Concerning depression in women in particular, according to The American Congress of Obstetricians and Gynecologists (ACOG), 14-23% of women will experience symptoms of depression during pregnancy. It will likely be blamed on hormones, which is partly correct but usually given as a throw-away diagnosis. No treatment will be prescribed. However, antepartum depression is a biological illness caused by chemical changes in the brain; chemicals that are directly related to depression and anxiety. It is a mood disorder just like clinical depression.

Other symptoms of depression in pregnancy appear to relate to hormones, but it hails back to that gray area of emotions (stress) over-stimulating cortisol production, which can result in adrenal fatigue. There is a constant degree of concern for the unborn baby, potential thoughts of previous miscarriage and complications. All the routine prenatal testing currently done may provide peace of mind, but it's also a very clinical set of possibilities that adds another layer of concern. The overlap of and the emotional triggers for symptoms blur the line between common and clinical depression.

Depression disorders are divided into two categories, according to the Diagnostic and Statistical Manual of Mental Disorders.

The first category is dysthymia which includes mild but long-term forms of depression, such as the profound sadness everyone feels from time to time along with less common depression, mood disorders, and drug side effects. The second category includes major depressive disorder, also known as clinical depression. It is set apart as a chronic illness believed to be caused by abnormal activity of neural circuits in the brain.

There are certain symptoms which affect depression patients. To some degree or another, everyone has likely experienced a combination of these symptoms:

Excessive fatigue. This includes not just the physical desire to sleep and feelings of tiredness but also the inability to employ your brain’s executive functions.

Sleep disturbance. Excessive changes in sleep patterns can be a sign of depression, whether that includes too little or too much sleep.

Pain. There seems to be a genuine link between pain and depression. Studies have shown one can lead to the other. Chronic pain sufferers run three times the risk of developing depressive symptoms. This could be because depression increases the brain's sensitivity to pain.

Anhedonia. The lack of ability to enjoy things that are normally pleasurable, such as playing sports, socializing, or being touched can be a sign of depression.

Anxiety. Feelings of uneasiness and nervousness are nothing unusual for a lot of people. However, in extreme circumstances, these can be a sign of depression.

Isolation. Some people simply prefer their own company but wanting to withdraw from the world entirely can a symptom of depression.

Pessimistic thoughts. Depression can lead to people feeling consistently down on themselves.

Lack of concentration. Depression can make people extremely forgetful and unable to focus on simple tasks.

Apathy. Not just feelings of sadness or despair, but feelings of nothing at all, even affection for loved ones, can be a sign of depression.

Passive and active suicidal thoughts. Talking about or wishing for one's own death, or even planning ways of suicide, are a serious sign of depression.

depression experienced by the patient.

For the clinically depressed person, feelings of depression have little to do with redirecting their desires. A miscommunication of neurons in the brain takes away their self-will to control emotions.

A comprehensive approach to diagnosing depression includes a physical examination and lab tests to rule out depression as a symptom or medication side effect. The neurological and endocrine systems are typically the focus, as well as nutrient deficiencies.

An underactive thyroid gland is the most common condition associated with depression symptoms. But the same can be said for Cushing's disease, caused by an overactive thyroid.

Vitamin D deficiency and hormonal imbalances are other fairly common medical issues that can affect mood and mimic depression.

While the causes are very different, the symptoms are essentially the same. Diagnosis is often limited to a clinician's interpretation the patient's description of how they feel. It creates a huge gray area.

Women are not necessarily predisposed to depression because of hormone fluctuations, but because they typically have more stress in their lives and struggle more due to hormones affecting their mood. This causes sustained high cortisol levels that deplete the adrenal glands. A symptom of adrenal fatigue is depression.

Humans have the instinctual ability to self-diagnose a lot of our symptoms. We do it all the time by listening to the clues our bodies send to our brains. Eating when we are hungry, resting when we are tired, putting on a sweater when we are cold may seem very basic, but those actions are actually conscious decisions we make to protect ourselves. On a more intellectual level, we wash our hands, relieve stress, take medications, take vacations, seek social interaction and take on productive pursuits because we understand what our bodies and brains need to stay healthy.

However, feeling profoundly down and not knowing why it is happening or what to do about it is a horribly unnatural state. Exploring the reasons behind depression, usually with talk therapy, can help a patient better understand their situation.

Humans are wired to be productive, to be social, and to care for others. That's why life events such as retirement or a kid leaving the home can be psychologically devastating. The person who seeks to maintain their mental health should look for hobbies, pets, and opportunities to volunteer in order to keep their mind healthy.

A subjective diagnosis is often the case with mental illness. When a disorder as common as depression is not fully understood by society, it carries a stigma, one that can be very well-rooted in the minds of the general population. Mental illnesses may be called personality disorders, but they stem from chemical imbalances, medical conditions and structural defects in the brain.

As for diagnosis, researchers at Northwestern University have identified biomarkers in the blood that are associated with depression. In studies, the markers, gleaned from just a drop of blood, show a significant difference in gene expression between those with major depressive disorder and those without.

As technology and medicine advance, there is much potential to help better treat and diagnose this complex disease by experimenting with new treatments. One such treatment is transcranial magnetic stimulation (TMS) therapy. It works by using electromagnetic pulses to stimulate the prefrontal cortex of the brain. This treatment requires daily commitment for weeks, but it is also non-invasive and there is little discomfort and no recovery time. TMS therapy was developed to help patients who have not responded to traditional talk therapy and medication drug treatments.