Lifting the Weight of Clinical Depression 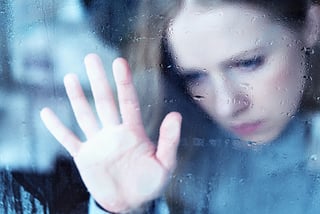 Symptoms of clinical depression vary greatly in the population that this mental illness affects, which is about 6.7% of the US adult population (or 16.1 million Americans over the age of 18 each year) according to The Anxiety and Depression Association of America (AADA). Symptoms >may include feelings of emptiness, fatigue, irritation, agitation, anxiety, and failure to enjoy activities which you once considered ‘fun’. Those who are clinically depressed may experience any combination of these symptoms due to a clinically depressed mental state.

If more of us are informed enough to recognize the signs of someone suffering with clinical depression, together we can help others minimize their episodes and seek treatment for advanced depression illnesses early on. If you or someone you know is experiencing clinical depression, remember that you are not struggling alone.

How does clinical depression vary from depression?

While the specific symptoms of clinical depression are too numerous to list here, there are broad categories that these symptoms tend to fit into. The symptoms of clinical depression are generally considered to be either physical, behavioral, or emotional. Examples of the physical manifestations of clinical depression include loss of sleep or appetite and feeling “weighed down”. Behavioral symptoms can result in a person neglecting responsibilities or their personal appearance. Some emotional symptoms include increased thoughts of death or suicide. If you or someone you know has been having thoughts of suicide lately, or showing any other significant symptoms, please reach out for help immediately.

Why Early Diagnosis is Important

It’s important to monitor symptoms of clinical depression that may persist more regularly, as early diagnosis can help to prevent the mental illness potentially worsening. Diagnosis of this incredibly complex disorder should be left up to medical professionals. Here you can find a list of TMS Health Solutions’ qualified medical experts in the San Francisco Bay Area. Doctors often use the Diagnostic and Statistical Manual of Mental Disorders (DSM-5), published by the American Psychiatric Association, to properly diagnose a patient’s behaviors.

Finding the cause or causes of clinical depression can be important when determining a course of treatment or manner of prevention. The exact causes of clinical depression are not fully known and are unique to each individual. Factors such as a person’s brain chemistry, genetics, and hormones can all contribute to a genetic makeup that might make someone more prone to having an onset of mental illness. While traumatic events can trigger episodes of major depressive disorder, feeling upset about certain significant events is normal if that emotion is warranted.

Traditionally, clinical depression has been treated with therapy, antidepressants, or often, some combination of the two. A newer treatment option known as TMS (transcranial magnetic stimulation) therapy shows promising results. Patients who are eligible for TMS therapy suffer from treatment-resistant depression (when medication and therapy doesn’t work) or those who are unable to take antidepressants because of side effects.

TMS therapy targets brain irregularities by magnetically stimulating the areas of the brain responsible for mood regulation. TMS was approved by the FDA in 2008 and has been recommended by the American Psychiatric Association since 2010 for people with clinical depression who have not responded to antidepressant medication or other therapy. TMS is a non-invasive, outpatient treatment that does not require sedation or anesthesia.

TMS Health Solutions is California’s premier provider of TMS therapy, though continues to provide comprehensive treatment services including medication management and talk therapy. Founded in 2007, TMS Health Solutions has successfully treated patients with clinical depression for over a decade. The company’s nationally recognized team of professionals customize treatment plans to address their patient’s symptoms and provide a compassionate approach to improving mental illness. It is important to note that TMS therapy is not an outright cure for depression for everyone, however half of patients who undergo TMS therapy see a reduction in their symptoms after roughly six weeks of treatment.

Whether you think you may be suffering from clinical depression, have recently been diagnosed with clinical depression, or have been suffering from mental illness for years, we urge you to reach out to friends, family, medical professionals, or make an appointment at one of our California-based offices in Burlingame, El Dorado Hills, San Francisco, Oakland, Roseville, Sacramento, Union Square (San Francisco).